Home > Suggest your price for: LOUIS VUITTON - The Birth of Modern Luxury 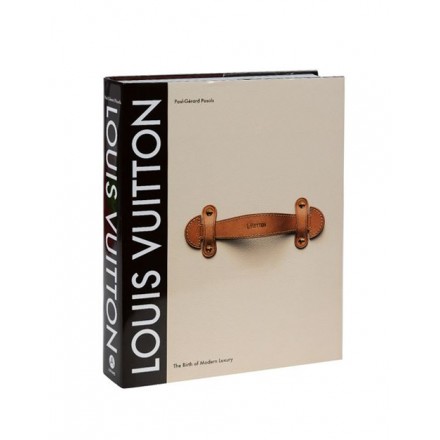 The first in depth portrait of one of the world's best known luxury brands, this elegant volume traces the remarkable history of the House of Vuitton, which has been making practical but stylish luggage, handbags and accessories for more than 150 years. Written with full access to the company's archives, the book itself demonstrates Louis Vuitton's passion for fine design with a stunning array of archival art, historical images, product designs and sketches, and cutting edge advertising. The book explores the company's tradition of quality and innovation in the context of sweeping changes in society, art, culture, fashion and, above all, travel. Examining the life and times of the company's first three leaders; founder Louis (who invented the modern trunk), his son Georges and his grandson Gaston, the text focuses on the firm's development under their guidance. It also discusses Vuitton's explosive growth toward the end of the 20th century, including the 1987 merger with Moet Hennessy that made it part of LVMH, the world's largest luxury goods company and spurred the expansion of its boutiques to more than 300 locations in 50 countries around the globe. When this book was published in 2004, it was the first to describe and explain, with numerous previously unseen documents and accounts, the fascinating and irrepressible rise of the world's finest luxury company, which was celebrating its 150th anniversary in 2004. This new edition will include a complete update of the final section of the book, which discusses the company's recent history, with new texts, photos, and interviews.